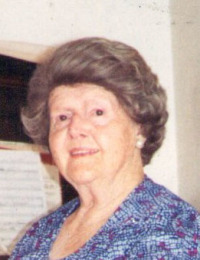 Hilda Stevens was born in Bath, Somerset England in October 1908. She disliked her first name and later changed it to Helen. Her sister Dorothy was nine and her brother Bert six. This completed the family of Albert and Flora Ponting.

The doctor recommended that the family move to a warmer climate to help Flora, who suffered a chest condition caused by the cold, damp English climate.
Almost three years later the family made plans to come to Australia. One of Albert’s sisters had already made the journey and was willing to sponsor the young family. The Australian government was keen to attract skilled migrants and Albert was a baker and confectioner. They were offered an assisted passage which reduced their travel fee to five pounds.

The family of five must have been very excited when they boarded the Thermisticles for the journey to their new country. The sea was rough. Luckily the tables had a high lip right around the edge so that the plates would not fall off. The journey took them six weeks. They came around the Cape of Good Hope where they docked for a short time and were able to get off and have breakfast. Poor Helen caught the measles while at sea.

The family first settled at Lowood where Albert was employed as a confectioner. The three children attended the Lowood State School. It seems the family moved to various bakeries mainly around North Queensland. Flora did not enjoy good health, although the warm climate would certainly have helped her. Dorothy, the eldest daughter helped with the younger children and remained at school for another year and a half. Although only a short child she helped in the bakery, lifting heavy sacks of flour and was taught to make the bread. She was quite proud of the fact that she could judge the amount of dough to make a loaf without using the scales.

Helen also had her chores at home, for example when aged about 13 she was expected to grease many patty cake tins before going to school. She sat for the Scholarship exam and achieved a very high mark of 86%. (The highest in the State was usually around 92%). Her father’s comment was – “You could have done better”.


Dorothy moved to Brisbane and obtained work at Finney Isles, a large department store in the city. She became head girl in the cafeteria. At some stage, her sister Helen who had completed her education, moved to Brisbane where she stayed and worked with Dorothy.

I am not sure when Helen married Eric Stevens. They were both born in England and shared a love of music. Helen was musical and could play the piano both with music and also by ear. I know that the family lived in Eudlo in 1940 when her sister visited. I have been told that I slept in a pineapple case during our stay. ( I was about 7 months old). Much later they lived in Albury and Stanthorpe.

I would like to go back to Albert’s childhood. His father Henry was a local preacher in the Primitive Methodist Church. He took his younger son with him when he visited local churches and by the age of nine Albert was a gifted musician, playing the organ at the church.

All three of Albert’s children inherited his talent for music and Dorothy used to sing at operettas as well as play the organ. Bert’s son Jim was also musical, as well as Helen’s grand-daughter Wendy who is a music teacher.

Helen was about 152 cm tall with medium brown hair and twinkling brown eyes. She was always smiling and was popular with everyone. She loved knitting and crocheting and working on the daily crossword. Gardening also took up much of her time and when visiting us would always have some vegetables which she had grown to share with us.

When she lived in Buderim we would visit each other quite regularly. I always looked forward to seeing her.