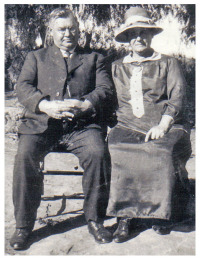 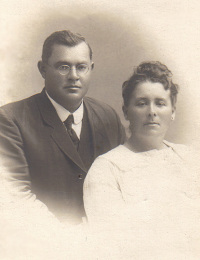 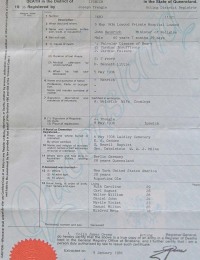 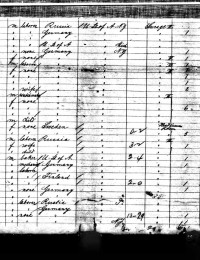 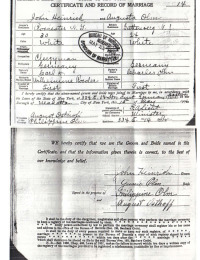 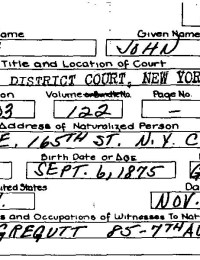 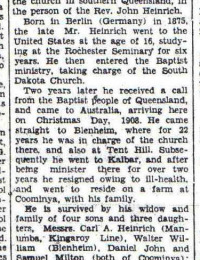 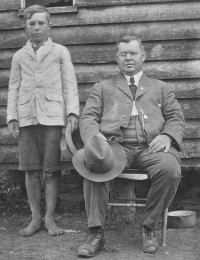 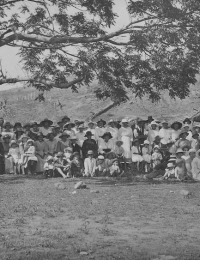 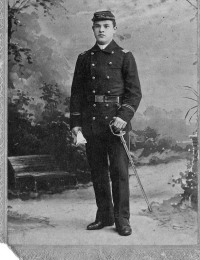 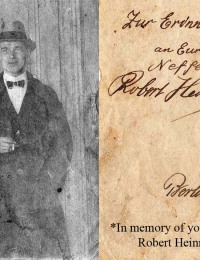 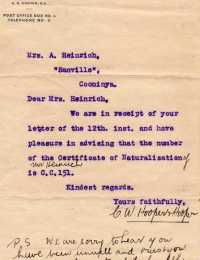 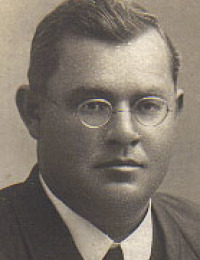 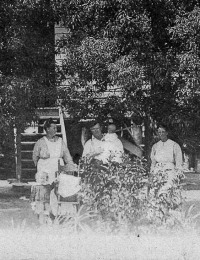 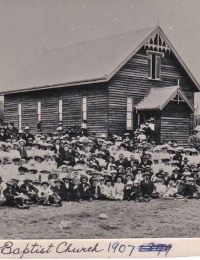 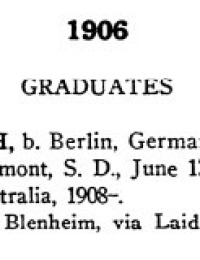 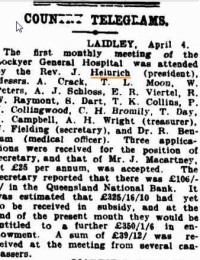 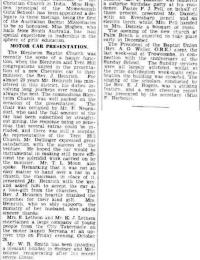 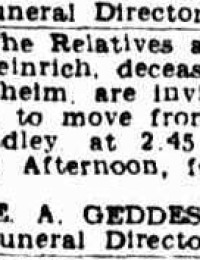 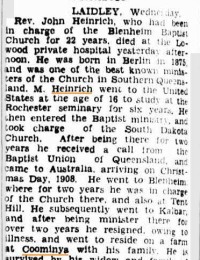 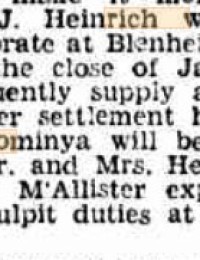 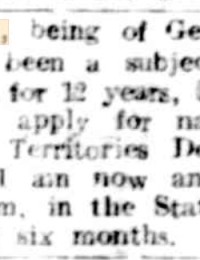 This article by BHSQ member and experienced author, Dick Scanlan of Laidley supports a story in this issue on German Baptist research and outlines the life of one US German pastor who spent the majority of his ministry in Queensland. Mr Scanlan writes,

It has been my pleasure to compile this account of the Heinrichs. My parents, James and Martha Scanlan (nee Topp) were married by Rev. John Heinrich in October 1919, and they (the Heinrichs) have always interested me greatly. My mother, who is still living, tells me how fond she was of the whole family, and how as a teenager, she used to nurse the younger members of this family.

Rev. Johannes (John) Heinrich was born in Berlin, Germany on Sept 6, 1875 and migrated to America while still a young man - probably in his early 20s. Being of the German Baptist faith, he linked up with what is now known at the North American Baptist Seminary in South Dakota. From 1900 to 1906 he attended the Theological College at Rochester, NY and was ordained at Delmont, South Dakota on June 17, 1906.

During his period of theological training, Johannes married Augustina Olm in New York in 1903. Augustina was born in Luxembourg, Germany on Feb 28, 1882 and was of the Catholic faith previous to her marriage to Johannes. Their first child, Ruth Caroline was born in Feb 1906.

Rev. Heinrich then served as pastor of a Baptist Church in Delmont South Dakota from 1906 to 1908. It was late in 1908 that the Heinrichs accepted a call from the German Baptist churches of Blenheim and Tenthill in South Eastern Queensland. It is recorded in the Minute Book of the Blenheim (Laidley) Church that Rev. Otto Krueger suggested that John Heinrich be called to that pastorate following his (Krueger's) departure in Sept of that year.

The Heinrichs, together with two small children, Ruth and Carl, duly arrived at Blenheim in December 1908. Rev. Heinrich preached his first sermon (in German) at Blenheim on Sunday, Dec 13, 1908, using as his text Psalm 122:6-9. Thus commenced a long and fruitful ministry to the churches of Blenheim and Tenthill where Rev. and Mrs Heinrich served for 22 years.

Their salary at that time was fixed at 120 pounds per year. They took up residence in the Baptist manse which was situated a short distance from the Blenheim church. It was form there that they served the two independent churches. On the first and third Sundays of each month, Rev. Heinrich preached at Blenheim; on the second and fourth Sundays at Tenthill. The Heinrichs were faithful in the preaching of the Word in both centres and were much loved by both congregations.

Travelling to Tenthill meant that a long arduous journey over the hills by horse drawn vehicle was necessary. It is recorded that the Heinrichs had motor buggy transport in 1913. However the writer has been lead to believe that this mode of transport was not successful for very long. In 1928 the two churches presented the family with a new Chevrolet car at a cost of £205.

No extensive building operations were necessary during Rev. Heinrich's ministry. This mean that he was free to concentrate on a preaching and teaching ministry. He was particularly active among the young people and formed groups of "Christian Endeavour" at both churches in 1911. Between 1923 and 1926 there was an enrolment of 119 scholars at the Blenheim Sunday School and a teaching staff of 17.

John Heinrich's ministry covered the period of time during which there was complete transition from the German to the English language. Rev. Heinrich also took a leading part in the work of the German Baptist Conference which was a union of 6 or 7 German speaking churches in South Eastern Queensland. (BHSQ Newsletter No 5 July 1986) It should be recorded here that the German Baptist Conference ceased to function as such, following the first World War. By 1930 most of the member churches had become part of the Baptist Union of Queensland.

Following the conclusion of their ministry at Blenheim and Tenthill (1931) Rev. and Mrs Heinrich purchased a farming property at Coominya. With the help of their family, they managed a vineyard and grew cotton. From 1931 to 1933 John Heinrich accepted preaching appointments at various centres. From 1933 to 1935 he served as Pastor of the Kalbar Baptist Church.