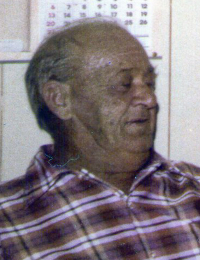 Dan worked on the family farm at Coominya growing grapes. During the war years Dan and brother Sam were members of the Voluntary Defence Corps and were trained at the Lowood Airfield. They couldn’t join the regular army because of their name, Heinrich.

Daniel and his family relocated to Thornlands in 1945 to take up farming on a 10 acre red soil block. Also a 19 acre low lying block at the bottom of the hill was used for water for the farm and a cow and horse paddock. Dan & Alvena grew vegetables, Allan joined him when he left school. In later times they grew a patch of grapes, just for old times sake, only trouble they used to pick after Christmas when it was possible to get showers and grapes don’t like showers as they split and had to be cut out of the bunches. Judy would help on the farm from time to time but the neighbours would pay so she spent time working where ever wanted. She helped look after Mum when she had gout and made a lot of dinners while the others packed under the house.

Dan loved to go mud crabbing during the wet season with the neighbours. They would come home with 2 feed bags full of muddies. Herbert Ziegenfusz, the neighbour, had a large wash boiler over a wood fire that they cooked the crabs in. There was a huge fig tree next to the boiler so while we waited for hot crabs we could have a fig or two.

Alvena passed away from kidney failure 8th May 1951, when Judy was 17. Allan bought a farm of his own in the area so Dad sold his block and bought a house in Cleveland next to the High School which he lived in alone until he died from angina in 1977.